Twenty years ago, a certain Dr. Nona Calo from Butuan City in Mindanao, hypothesized that a very large deposit of deuterium can be found in the Philippine Deep, located off the waters of Surigao.  First discovered and isolated in 1932 by an American chemist Harold Urey, deuterium or heavy water is composed of two isotopes of hydrogen and an oxygen atom, with a chemical formula of D20 or H30.  With more hydrogen molecules than ordinary water, it is much heavier than water and even saltwater, causing it to naturally sink farther into deep ocean trenches.

According to Anthony B. Halog (PhD, MBA), working at the Sustainable Technology Office of the Institute for Chemical Process and Environmental Technology, National Research Council of Canada in Ottawa, Canada, "the Philippine Trench, the largest in the world, is 868 miles long, 52 miles at the widest point and 2 miles at the deepest point which is 10.057 kilometers below sea level.  Deuterium can be obtained from this depth of more than 7 kilometers below sea level under 10,000 psi of ocean pressure, replenished by nature 24 hours a day from the Central America across the vast Pacific Ocean.  The amazing thing about deuterium is that at room temperatures or normal atmospheric pressure, deuterium atoms are electrolyzed naturally out of water dispelling hydrogen gas.  This natural phenomenal process needs no expensive electric power-consuming electrolysis to artificially separate hydrogen from oxygen in ordinary water.  At present, deuterium is used in the production of hydrogen (Li-Hy) fuel now used in Canada, America, Germany and some parts of Sweden to provide fuel for cars, trucks, jet planes, including solid hydrogen for spacecrafts Challenger and Columbia".

Though deuterium mining has never been done before, even in highly developed first world countries and the possible costs might be staggering, research on this opportunity is still worth investing in, considering the high stakes involved.  This program could propel the Philippines as the biggest hydrogen fuel (Li-Hy) producer in the world, and become the only fuel producer 40 to 50 years from now in an oil-depleted world economy.  Utilizing the expertise of the Philippine National Oil Corporation (PNOC) through one of its departments which focuses on indigenous and non-traditional fuel sources, the government can embark on a deuterium research program and hydrogen (Li-Hy) production project with ease as far as project organization and administration is concerned.

"What hasn't been done before does not mean that it cannot be done.  Deuterium mining is practically just pumping water from the ocean bottom.  The present technology in offshore oil production is up to depths of 6.4 kilometers from the sea level, and they still have to drill through the ocean bottom to get to the oil, hundreds of meters below the sea floor.  Deuterium, the target element, is located just between 7 to 10 kilometers from the sea surface and needs no further drilling.  And since deuterium naturally electrolyzes when the 10,000 psi ocean pressure is gradually removed through the pumping process and replaced by lower atmospheric pressure, two upper pipes will then collect  segregated by-products of deuterium which are pure liquid water and gaseous hydrogen.  The dispelled hydrogen gas, can then be collected, compressed and stored as liquid hydrogen.  The pipeline itself shall serve as the refinery of deuterium to produce hydrogen.  Oil mining may actually be more laborious, costly and dangerous in comparison to deuterium mining, and oil refining more expensive than the processes involved in deuterium and LiHy production.  With regards to expertise, Filipino engineers and technicians at PNOC have proven and even exported their skills to Japan in constructing geothermal plants, installation of which is comparatively more complicated and hazardous.

The tidal conditions along the Philippine Trench have to be included in the research and studied all year round.  Petroleum production in the North Sea, located between the Isles of Britain and Norway, goes uninterrupted despite the perennial turbulences in its waters and harsh climatic condition in the area ranging from icy cold to ordinary cold temperatures.  Pacific climate and condition is temperate by comparison.  Scores of oil rigs in the North Sea are 170 to 200 miles from the nearest port, compared to a possible site on the Philippine Trench which is only 100 miles from Surigao City and 120 miles from Tacloban City.  If workers in the North Sea oil rigs need to work only half the time (two weeks work; two weeks rest) all year round due to the extreme and dangerous working conditions in the area, working in deuterium rigs in the Pacific is just like taking a vacation in some Hawaiian islands.

Oil rig platform manufacturers in Singapore can fabricate specially designed platforms for US$100-150M or approximately P5-7.5 Billion.  For a total cost of P 10 Billion for research and construction of a single floating deuterium rig with an average production capacity of 50,000 barrels a day, the government can expect a conservative daily income of  US$4M or US$1.2B per year, which is equivalent to P54.0 Billion annually.  If the government constructs  one deuterium rig every year generating an annual income of US$1.2B, our World Bank loan can be totally wiped out in less than 15 years.  The budget for this venture is well within the means of our government.  If the government can afford the President's P40 Billion pork barrel in 2006 for assorted poverty alleviation programs, our government can afford one deuterium rig every year which has a hundred fold cost benefit ratio.

Estimates show that there are only 1,000 billion barrels of reserve petroleum left in the world today.  With the world's annual consumption of 28.6 billion barrels, all reserve oil will be fully used up 35 years from now.  World energy requirements will have to be shifted then to natural gas which still has 5,457 trillion cubic feet in reserve.  But this particular source is still subject to depletion.  Hydrogen, which has an abundant and unlimited source in deuterium, will be the future energy reserve.  If the Philippines can tap this energy source, we can have a much better future and economic position than the rest of the world including the United States of America. Should we, as a nation, will have reached this point in our history, Philippines can then be described as the fabled promised land ..., a land flowing with milk and honey.

The United States of America once dreamed of sending a man to the moon.  Now it is history. What she did to pursue that dream made her the world's most technologically advanced and economically prosperous nation. This could happen to the Philippines.

Filipino-Norwegian conglomerate to explore, mine Deuterium gas deposits in Surigao
at Thursday, November 25, 2010

A Filipino-Norwegian conglomerate who formed exploration and mining firm, Siargao Island Mining Development Corporation have already expressed to explore and mine huge Deuterium gas deposit in Siargao Island that will based in the coastal town of Pilar.

"The conglomerate applied 1,500 kilometers wide, long and deep area concession from Pilar, Surigao del Norte in Siargao Island thus exploration will even reach mainland Surigao", Matugas who is Chairman on the House Committee on Environment told newsmen present at the press conference.

"At the land survey, preparations and exploration alone, we expect hundreds of Surigaonons to be employed by the conglomerate", the Surigao del Norte solon said.

Matugas said that last week conglomerate officials meet with him and the Governor to discuss about their application with the Philippine Government's Bureau of Mines.

The Philippines was identified to hold the greatest amount of deuterium deposit n the World somewhere in the area known as Mindanao Trench, the part of the Pacific Ocean just off the shores of Siargao Island.

Deuterium also known as the "White Gold in the Philippines" is most prevalent in an area more widely known in the whole world as The Philippine Deep which is located here in Surigao.

Dr. Anthony B. Halog, the Filipino scientist working at the Sustainable Technology Office of the Institute for Chemical Process and Environmental Technology, and the National Research Council of Canada described the Philippine deuterium wealth in this manner:

"A big deposit of 868 miles long, 52 miles at widest point, and 3 miles at deepest point, replenished by nature 24 hours a day after deuterium travels more than 12,000 kilometers from Central America to the Philippines through the span of the Pacific Ocean when Planet Earth turns on its axis from West to East in unending perpetual motion"

Dr Halog said its economic potential in this breathe is about 12 million barrels per day capacity priced at US$7.00 per barrel, this is US$84 million per day or US$30.66 billion per year, enough to wipe out all existing foreign debts of the Philippine Government in one year, revenue-wise in foreign exchange.

Dr. Halog said that once Deuterium exploration and extraction succeed, public works, private construction, economic and financial booms are expected to happen in the Philippines in the same manner as those which happened in the Middle East and financial centers of the world from 1974 to 1984, with everybody earning their respective comfortable livelihood, while pricing basic prime necessities at reasonable and affordable levels.(PNA/Ben Serrano)

A Cup of Healthy Coffee 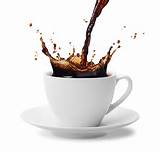 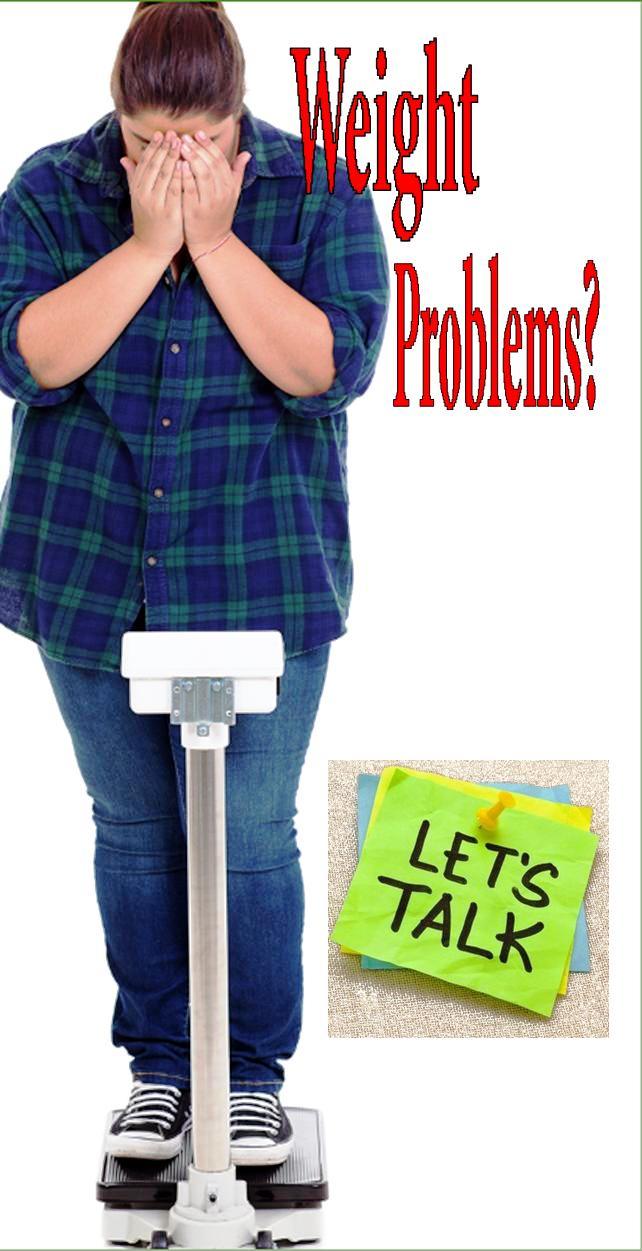